Different forms of pollution harmful to the environment 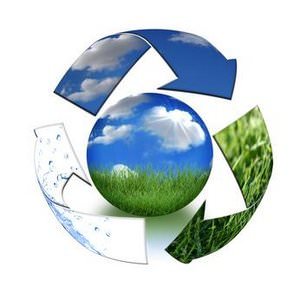 Soil pollution :
Soil pollution is not the most talked about form of pollution. Excessive pollution of the soil can lead to contamination of the water and can therefore cause enormous damage to the environment. Contaminated soil is anything but a safe place for crops, the chemicals through which can reach the body of living organisms, once the affected foods are digested. You can also read our article on soil pollution diagnosis, intervention throughout France.

Water pollution :
Water pollution is bad for the environment because it leads to the defiling of freshwater resources, while there is not enough drinking water to support ecosystems. Animals drink water containing various chemicals, water pollution can also lead to the creation of “dead zones” where animals and plants can no longer live because of the severe lack of oxygen.
Long exposure to water pollution leads to a serious decline of many animal species, excessive pollution of water can even lead to extinction of species.
Water pollutants also cause breathing difficulties for aquatic animals.

Air pollution :
Air pollution is doing a lot of damage to our environment. Greenhouse gases are terribly harmful, not only do they pollute our planet, but they also contribute to global warming and lead to climate change.
Some air pollutants destroy the ozone layer, opening the door to harmful ultraviolet rays.
Air pollution also leads to the creation of acid rain that can cause great damage to many plants and animals.
Air pollution also causes respiratory problems in humans, as in many animals.

Sound pollution :
Noise pollution is often neglected, it is the form of pollution that can be harmful for our environment. Noise pollution from cars and industry can have a negative impact on the ecosystem, it is suffered by animals, frightened they change their preferred habitats.
Noise pollution is not only on land, but also in our oceans, mainly because of excessive offshore drilling. Sea species, such as dolphins and whales, are among the most affected species because they rely heavily on their meaning, so noise pollution can alter their daily activities such as hunting one and the other. navigation, which can lead to reduced species.

Pollution by oil spills, hydrocarbon pollution :
– Oil spills cause massive damage. The animal scenes trapped in an oil spill are horrific to watch, especially the birds once they ingest oil that covers their feathers, this causes serious kidney damage, the Liver function is impaired and irritation of the digestive tract, result in the death of many birds and other various species.

Pollution by nuclear waste :
Pollution of nuclear waste can occur during nuclear accidents like Chernobyl and Hiroshima. This is a particularly dangerous form of environmental pollution because radioactive nuclear waste is present for at least 5000 years, and can lead to reproductive problems and death of many animals.

Consult our page Diagnosis of soil pollution throughout France